Jim Beam, Maker’s Mark and Brown-Forman have teamed up with The Bourbon Alliance – distillers, restaurants and pubs, retailers, wholesalers and enthusiasts of American whiskey – to urge the British government to remove the 25% duty on imported American whiskey caused through a steel trade dispute.

The Bourbon Alliance is a coalition of industry players whose livelihoods depend on the possibility of importing American whiskey into the UK. Supporters of the #FreeTheSpirit campaign include well-known names as well as independent distillers, hospitality venues across the UK, retailers, distributors, festival organizers and bourbon fans.

The UK and US have been able to trade their whiskeys duty free across the Atlantic for over a quarter of a century. In recent years, the market for imported bourbon and whiskey from the United States has grown exponentially, with the United Kingdom becoming the largest United States export market for these products, a demand that has seen the United Kingdom Uni imported over Â£ 121 million worth of American bourbon and whiskey in 2017. 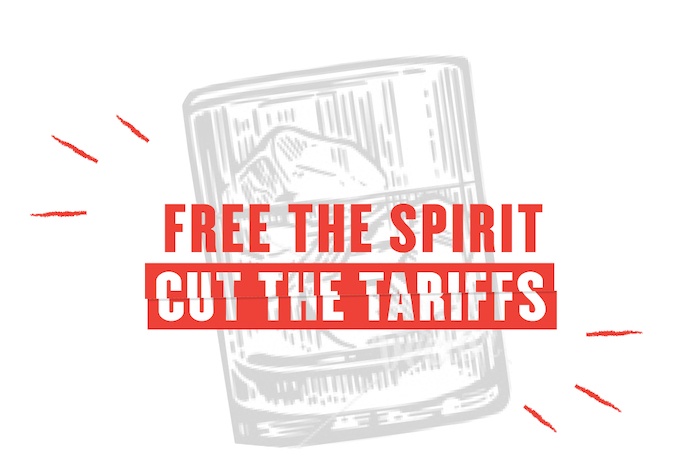 Free The Spirit campaign (image via The Bourbon Alliance)

It was in 2018 when a controversial 25% “rebalancing tariff” on steel was imposed by the EU on all bourbons and other whiskeys imported from the United States.

The UK has chosen to maintain these tariffs since leaving the EU, resulting in a 53% drop in UK bourbon imports since June 2018. Given the size of the bourbon and whiskey market Americans, British consumers paid more than 23% of the total. EU tariffs on whiskey (over â‚¬ 203million in US exports) and this continues in the ongoing UK-US steel dispute.

In May, the UK government launched a public consultation on the tariff, saying it “seeks to ensure that any future tariffs applied are suited to UK interests”.

International Trade Secretary Liz Truss said, â€œWe want to defuse these disputes so that we can move forward and work closely with the United States on issues such as WTO reform and the fight against unfair trade practices of non-market economies.

Bourbon Alliance founder and director of Never Say Die Bourbon, Martha Dalton, said in a prepared statement that the Free The Spirit campaign “has already galvanized the hospitality industry and showed the government’s united call to reduce rates.” .

As the hospitality industry has been among the hardest hit by the pandemic in the UK, sites have been closed for most of the year with 10,000 licensed establishments shutting down for good.

On top of that, Dalton said, UK consumers have paid over Â£ 55million in tariffs on imported US whiskeys.

“It affected investment in the hospitality industry when it was needed most, deterred new customers from exploring the world of bourbon, and kept fans of quality American whiskey and bourbon from enjoying their favorite drinks.” , with a devastating effect on the revenues of sites, retailers and wholesalers across our industry.