Tik and cocaine worth billions found in shipments of…

The discovery of cocaine and methamphetamine in shipments of apples, pears and oranges, exported from South Africa to India, marks one of the largest cocaine seizures in India.

It also led investigators to uncover new methods of smuggling between the two countries.

A fruit importer in India has been arrested in connection with investigations there.

The company linked to the arrested importer is headquartered in Dubai, but according to its website it also has bases in India and South Africa.

According to Indian media, it appears that a second suspect with links to the fruit import-export industry, originally from India and sometimes based in Gauteng, has been identified.

The names of the two have not been released as it is unclear how far the investigations are and who has not yet been charged.

DM168 established that the second suspect is linked to an export company with an address in the industrial suburb of Johannesburg, City Deep.

On a Facebook profile under the second suspect’s name, posts were shared about shipments of fruit the arrested importer’s company received in India.

This suggests that they did business together.

Based on import records relating to India, it also appears that the second suspect’s company regularly ships fruit, including fresh pears and plums, from South Africa to India.

The Facebook page of the arrested importer’s company showed photographs suggesting that some of the fruit it was buying came from the Western Cape, including the town of Paarl and the Cape Town suburb of Bellville.

The company’s website stated that it was a “leading importer and exporter of fresh fruit”.

While the importer was arrested in India, it was unclear where the second suspect was.

The SA Police Service did not respond in time for publication to a question about whether it was also involved in the investigation of the case.

One of the biggest drug busts in India

The smuggling of drugs in fresh produce shipments is not unusual.

In April last year, for example, it was widely reported that Saudi Arabia prohibit the import fruits and vegetables from Lebanon because of drug trafficking.

The drug interceptions in India came after investigators monitored the operations of a company importing fruit from countries like South Africa.

For almost two weeks, agents linked to India’s Directorate of Fiscal Intelligence monitored shipments of imported fruit which, after arriving in this country sometimes by sea, were kept in cold storage.

After about 12 days, on October 1, they intercepted a truck after it left a cold store in Vashi, Navi Mumbai.

The truck was carrying containers of Valencia oranges imported from South Africa to India.

“After a thorough check and examination, a large quantity of drugs were found concealed in the cartons,” said a statement dated October 1 to the Government of India’s Press Information Bureau.

Officers found 158kg of ‘high purity’ crystal methamphetamine, also known as tik, and 9kg of cocaine, worth approximately Rs 1,476 crore, which, converted from the Indian currency, is equivalent to approximately 3.2 billion rand.

“This is a die the biggest seizures of amphetamines and cocaine in the country,” the statement said.

Photographs of some of the boxes of oranges showed clear plastic bags containing a white substance under the fruit.

“This is a new type of modus operandi involving the concealment of drugs in boxes of ‘Valentia Oranges’ imported from South Africa,” the statement said.

“After these oranges were cleared from the customs area, the goods were stored in cold stores located in Vashi.”

The importer was arrested and questioned.

On October 6, barely a week after the first fruit interception and drug discovery, the cops pounced again.

“A container carrying pears and green apples, imported from South Africa, was intercepted at the port of Nhava Sheva,” another press information office said. statement said.

“Upon examination, it was revealed that a large number of bricks made of high-grade cocaine and weighing about 1 kg each, were hidden inside the crates of green apples.

A total of 50 bricks of cocaine were found worth around Rs 502 crore, or around R1.1 billion.

“This cocaine was imported in the name of the same importer who had been arrested before,” the statement said.

The photographs showed flat bricks – one with a butterfly logo on it – bound in plastic and displayed on the apples.

The importer is facing charges in relation to the two drug interceptions.

India has other links with South Africa in terms of drug trafficking.

Mandrax and heroin are known to be smuggled between countries.

DM168 previously reported how Vijaygiri “Vicky” Goswamiof India and who spent some time in South Africa in the 1990s, testified in a 2019 US court case concerning drug trafficking through that country.

He had effectively stated that he and a few associates had tried to dominate the Mandrax trade in South Africa.

Last September, DM168 also reported that heroin destined for various international markets was smuggled through South Africa and ended up in India – and vice versa.

Drug mules traveling by plane were involved in these networks.

There were suggestions that the heroine was linked to Afghanistan (and possibly the Taliban). DM168

This story first appeared in our weekly newspaper Daily Maverick 168, which is available nationwide for R25. 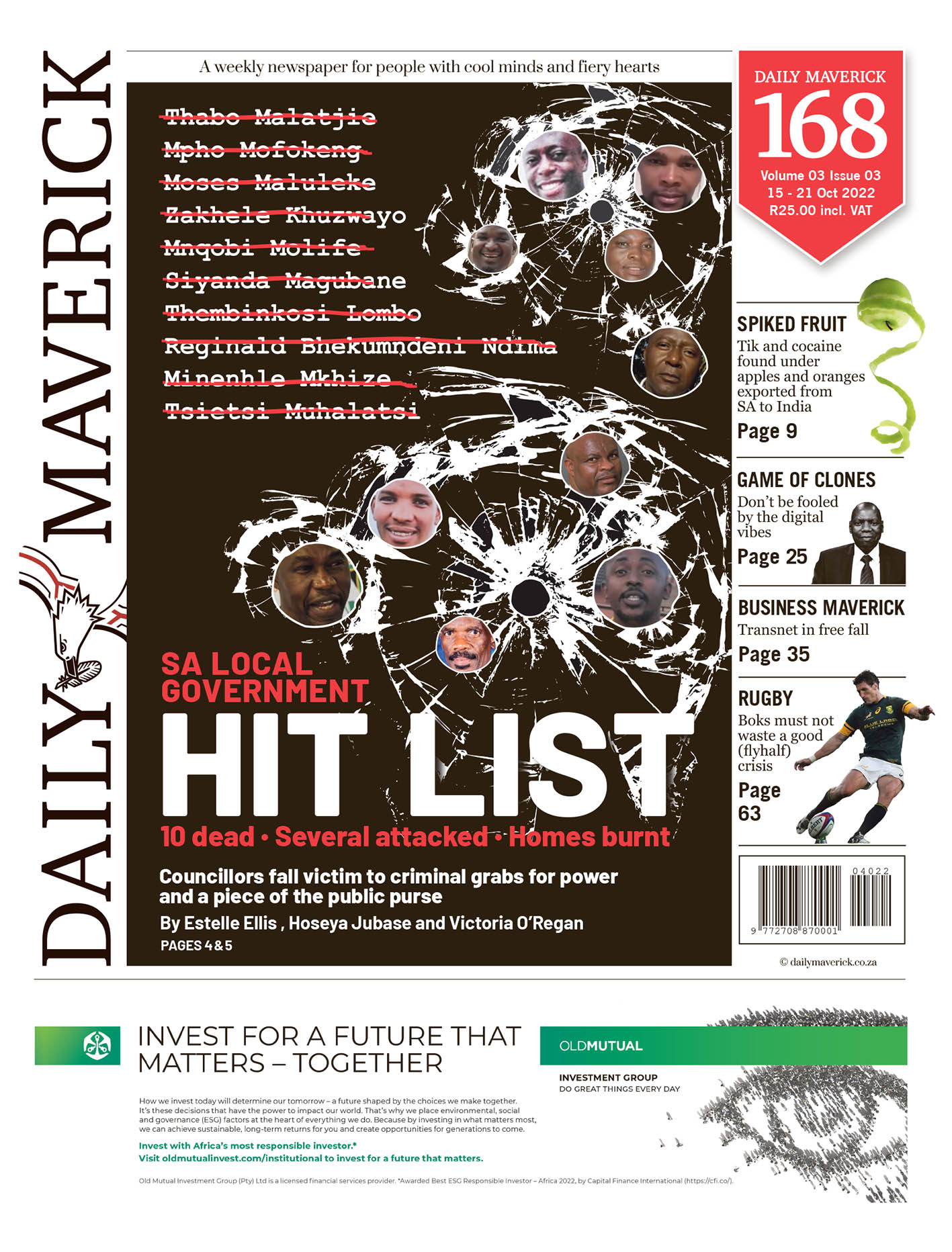